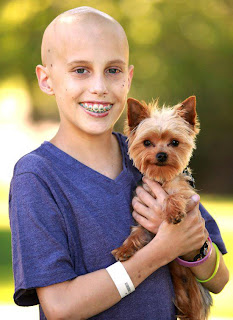 "Deven has had six open heart surgeries, has another life-threatening disease called Protein Losing Enteropathy, as well as his latest struggle with Hodgkins Lymphoma. In spite of having three life-threatening medical illnesses and all the rigorous treatments he must endure, Deven has an amazing attitude. What a privilege and honor it is to be co-designing a room with such a wonderful and caring young man."

As you can see, Deven is very strong! 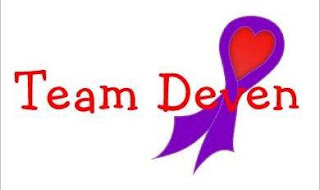 I would like to show my support to Deven and his family by doing manicures in honor/support of him. The color for Hodgkins Lymphoma is lilac. I think that if we could all just do one little thing and paint them in honor of him, just to let him know that he is not alone in this world. The nail polish community is so big and we have a chance to do really great things with it. I think this is a great chance to really put those nails to use. 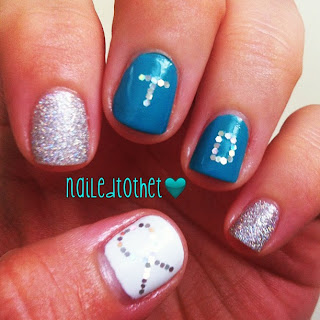 I would love to dedicate a few days for people to do a mani for Deven in support of him and his fight against cancer. At the bottom of this post you can find the link to add your photo to. I am also going to be posting to my Facebook page and instagr.am so feel free to share on. You can also email me your mani at nailedtothet@gmail.com :)
**Pssst.....I might, just MIGHT have a little giveaway for those who participate.  Ends March 31st ;)**
Hint...its a LE Enchanted Polish that Deven would love!

Here are a few things that interest Devin that may inspire your mani! Taken from his Facebook page:

"Deven is an amazing 14-year-old boy who loves many things including the movie “The Nightmare Before Christmas.” So much so that he has decided that he would like his dream bedroom to be all about this movie along with everything related to gaming. Deven also likes classic rock, Hip-Hop rap, and Heavy Metal music. His favorite foods are California rolls, filet mignon and hot wings. And his very favorite colors are purple and turquoise. He also enjoys watching Family guy and South Park."

Let's all show our support for Team Deven!
You can visit his Facebook page here to say hi!

Hey everyone!! Im back!! Sorry for the hiatus!
I promise this post will make up for it!

I recently came across a facebook page that posted a ton of cute nail pictures. Then I started to see that she was creating her own nail polish! At first, I was unsure if she was going to sell them, so I sat back and watched the beautiful creations. Then one day I was browsing on etsy and came across her store!!!!! I snatched some babies up so quickly, I think my keyboard was smelling like burnt rubber!

Here I have Once Upon A Starry Night from her latest winter collection. It is a combination of blue, silver, white, prism, and star glitters. GORGEOUS COMBINATION!!! 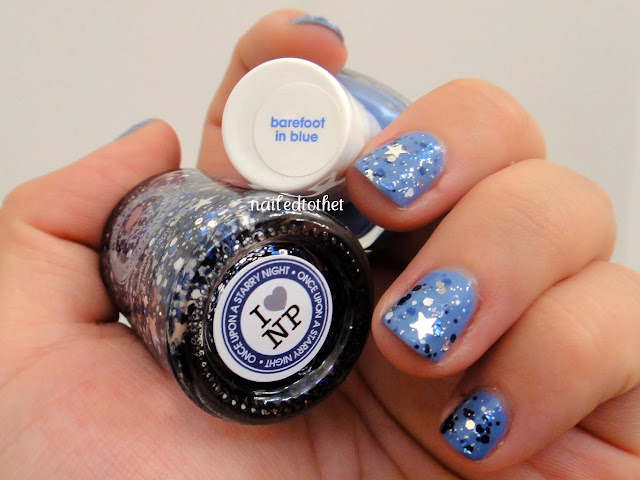 I have layered one coat, plus dabbing, of Once Upon A Starry Night, over three coats of Barefoot in Blue. 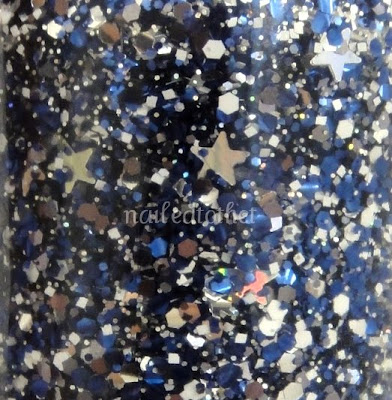 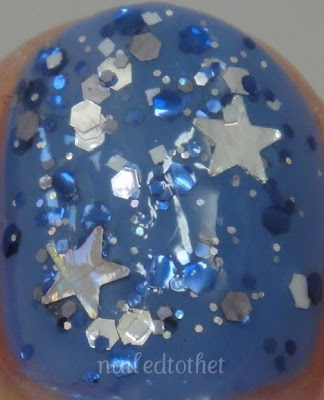 I Love Nail Polish is currently having a sale of 40% off! Head on over and tell Barbra I said HI!!!

Today is day 5 of the 31 Day Challenge! Today is also the first day of the official NFL season and my 'boys are playing!! So what better than to do a Dallas Cowboys mani!!! 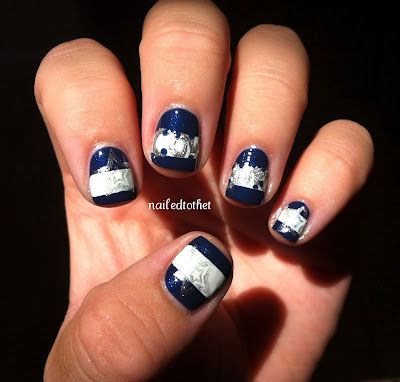 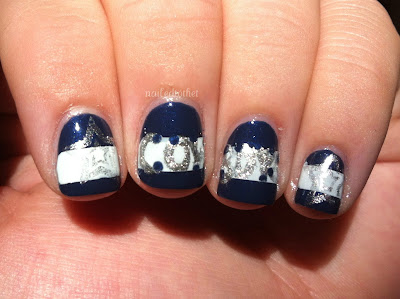 Come back tomorrow for Day 6! 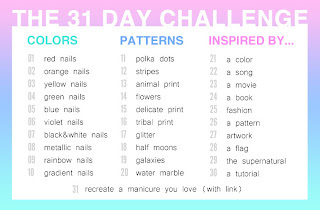 YELLOW!!
Today is day 3 of the 31 Day Challenge and 30 Days of Untrieds

First off, thank you to all who entered my contest!! The turnout was amazing and it was extremely difficult to choose a winner!! As the original post said, my daughter chose the Grand Prize Winner, since it was her birthday and she loves Disney!

Here are the winners of the nail art contest....

ORANGE NAILS
Day 2 of the 31 days is orange nails.

RED NAILS
Today is Day 1 of the 31 Day Challenge!!

I am also doing 30 Days of Untrieds 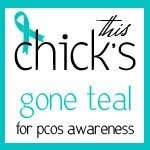 Most of you don't know that I was actually tested to see if I had PCOS about a year ago, thankfully I do not but it was very scary to think that it could be a possibility. So, of course this mani was right up my alley and I had to show my support. 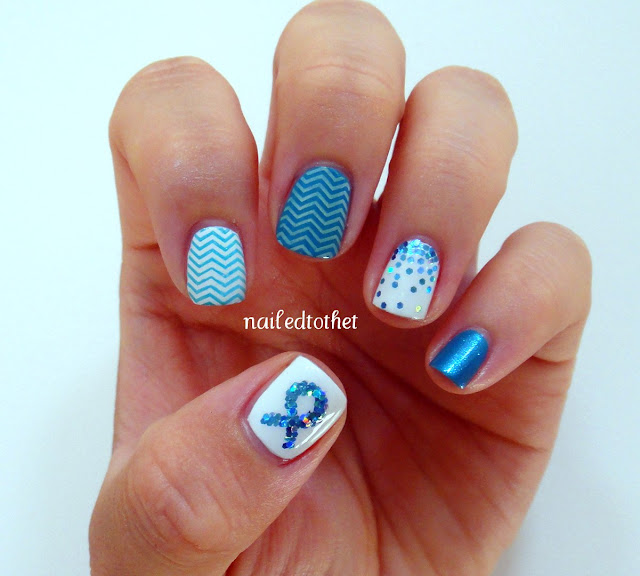 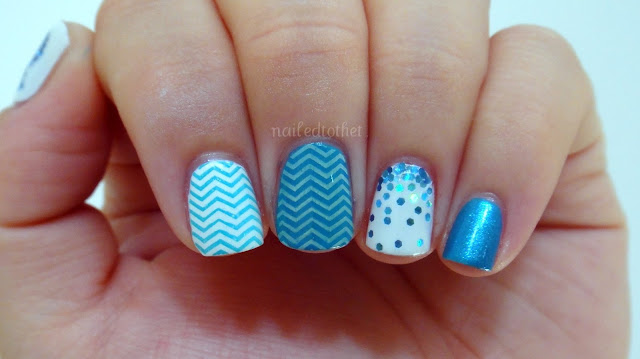 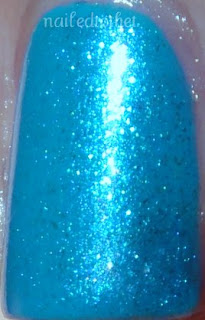 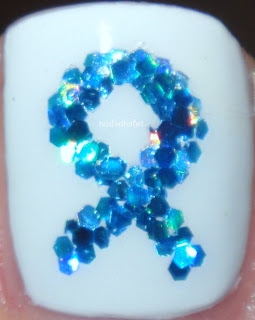 This mani ended up turning out better than I had imagined! For each nail there is actually a meaning behind the design.

For the thumb I chose to do the teal ribbon by using some loose glitter I had. The thumb represents the ribbon and the support that this cause has.

For my index finger I have two coats of OPI My Boyfriend Scales Walls and I stamped using BM-201 with Butter London Slapper (the perfect teal might I add). My middle finger is the same colors but opposite. I chose this stamp because I know that PCOS can be a struggle for women and they may encounter quite a few bumpy roads that are forever changing.

My ring finger is a base of OPI My Boyfriend Scales Walls and a loose glitter gradient of teal glitter. This represents how hopefully, the women with POCS, their symptoms can slowly fade.

My pinkie finger is a base of Butter London Slapper with a coat of Nicole by OPI Somebody Teal Love. This finger represents the light, or shimmer in this case, at the end of the battle against PCOS.

You can also check out Nory's post along with her personal story here! 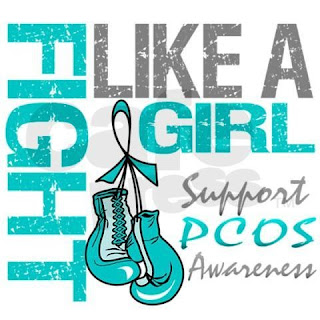 China Glaze I'm Not a Lion 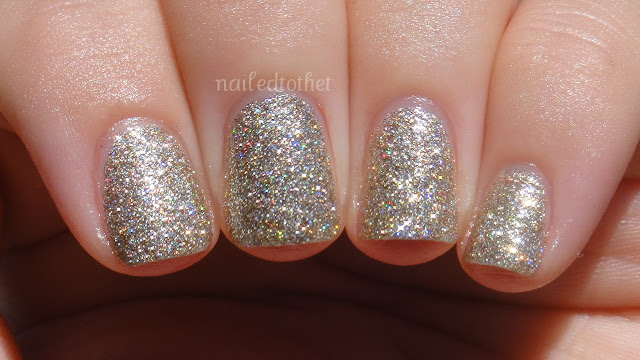 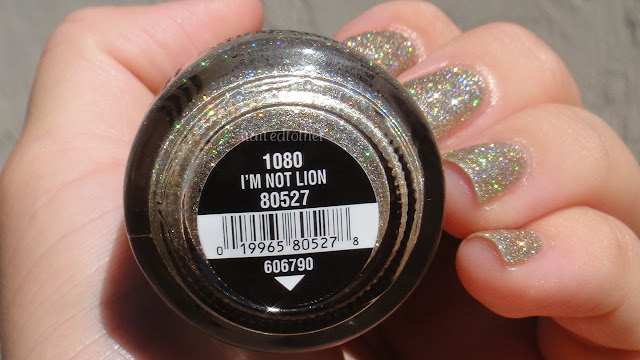 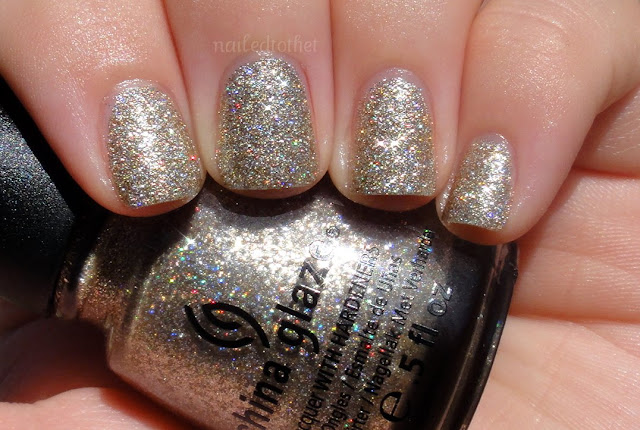 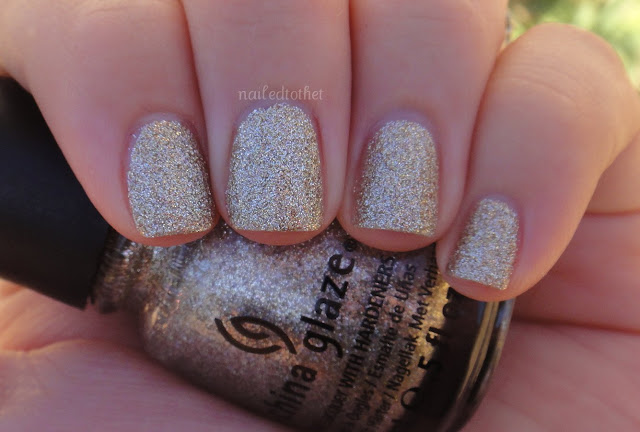 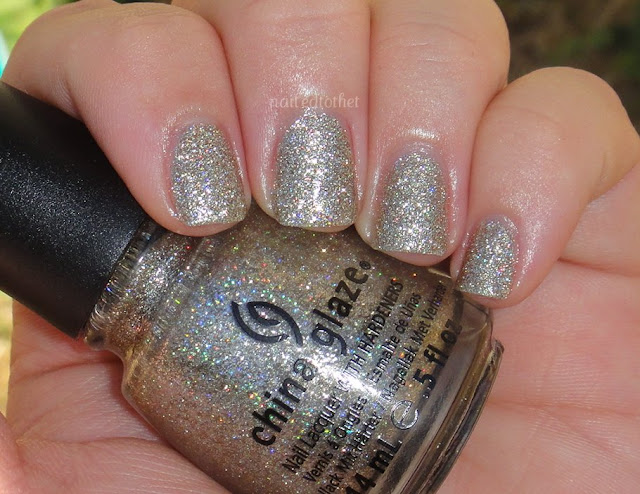 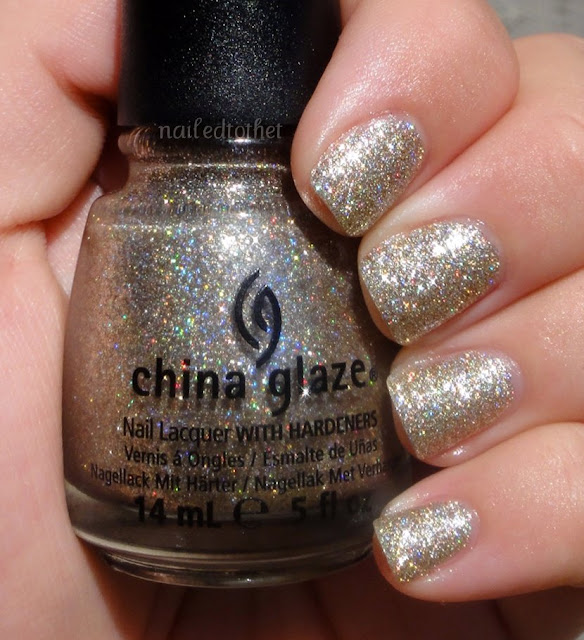 UGH! Such a GORGEOUS golden glitter it is!!! The glitter applied wonderfully and had no troubles at all! This is 3 coats applied topped with one coat of Seche Vite.

Click to get Cosmedicine Skincare and other great skin care products at SkinCareRx!
Nailed to the Ton